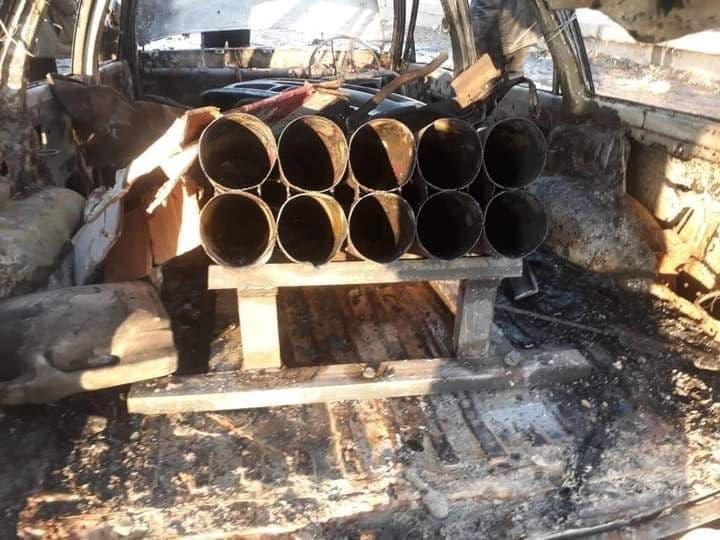 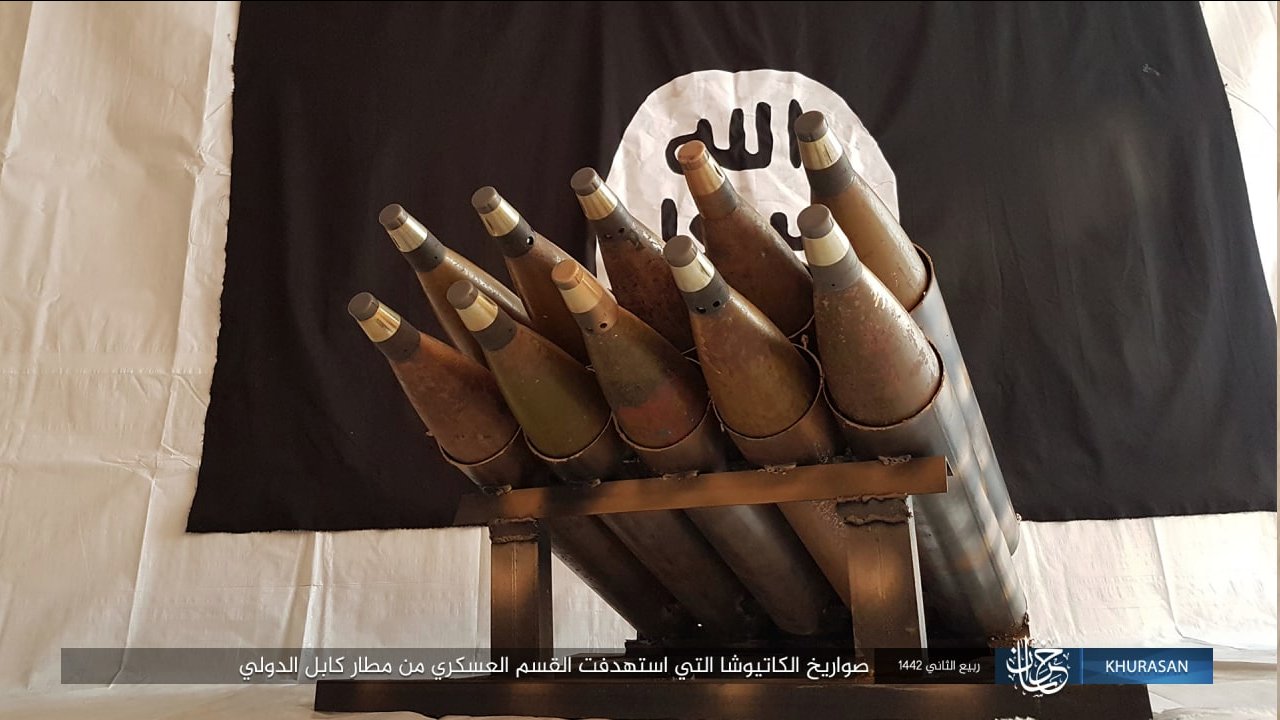 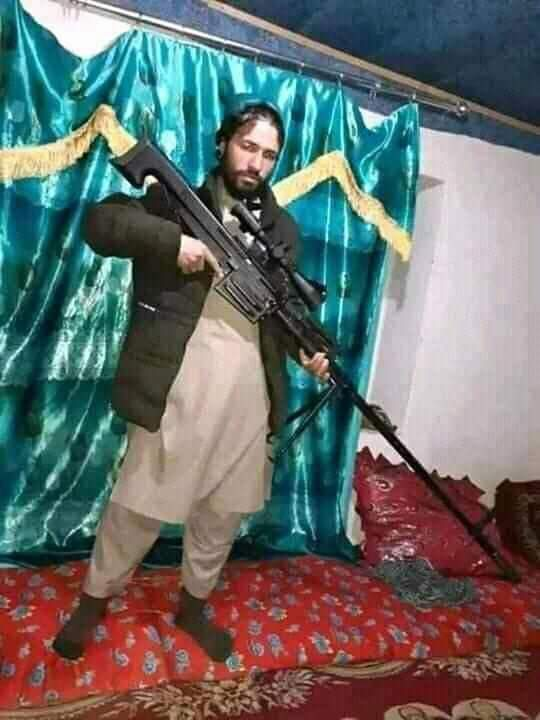 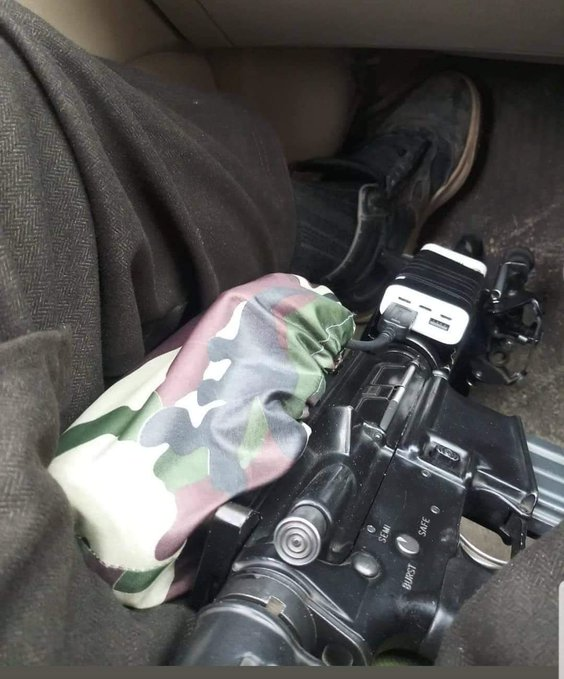 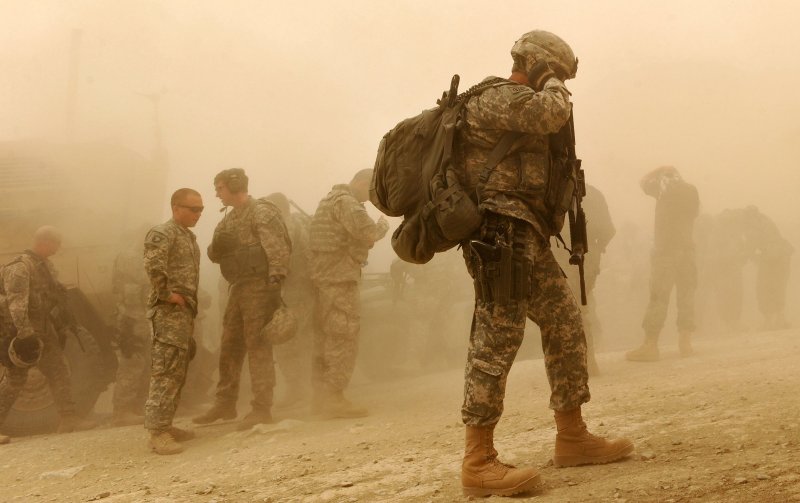 BY JAMES STAVRIDIS DECEMBER 9, 2020 7:00 AM EST
Admiral Stavridis (Ret.) was the 16th Supreme Allied Commander at NATO and is an Operating Executive at The Carlyle Group. His latest book is Sailing True North: Ten Admirals and the Voyage of Character
From 2009 to 2013, as Supreme Allied Commander at NATO, I was the strategic commander for Operation Enduring Freedom in Afghanistan. We had over 50 nations in the coalition, including the 28 NATO members, and over 150,000 troops at the mission’s peak. We were spending billions of dollars a week, and over my four years I had superb generals working for me in tactical command in country: Stanley McChrystal, David Petraeus, John Allen, and Joe Dunford. With all that money, those brave troops, and the best leaders in the U.S. military, we still struggled. The war has now dragged on through two decades, with hundreds of thousands of casualties on all sides.

How can we end this?

Let me begin by pointing out what has improved. Over the past twenty years since the departure from power of the Taliban regime in 2001, no terrorist attack on the U.S. has been launched from Afghanistan; the entire population and especially woman have vastly better human rights; hundreds of thousands more children (both girls and boys) now attend school; literacy and life expectancy have both increased dramatically; and the country has conducted a series of elections and has a rudimentary democracy.

Most importantly, the vast majority of the fighting (and the casualties) are now being born by the Afghan National Security Forces. As a result, we now have fewer than 10,000 coalition troops in country, a 95% drop from peak, most of whom were withdrawn under the Obama Administration. Coalition casualties are few and far between, and the Afghan government controls all the major population centers. Above all, a peace process—after many starts and stops —is taking hold, with the government and the Taliban sitting together and ironing out a process to move forward.

But much is going wrong. The Taliban hold sway in many rural districts; they mount frequent attacks both in the countryside and occasionally in the major urban centers; Al Qaeda still has an operational presence and mounts occasional attacks and the influence of the Islamic State is rising; the Taliban still works with Pakistani intelligence services and moves across porous borders; and the production of narcotics continues apace, providing the Taliban with funds through taxation of opium crops. The confidence of the population has been shaken by the recent U.S. troop withdrawal announcement by the outgoing Trump administration, cutting the remaining 5,000 US troops by 50% to only 2,500. The European allies will probably match this reduction. This withdrawal, obviously not reflecting “conditions” in the country and done on a political timetable by Trump, is a mistake.

I believe we can still succeed in Afghanistan. We no longer need 150,000 troops in country, but it will require some additional thought and effort if we want to end this long, painful and fraught mission. Doing so should be a part of the Biden national security team mission from day one.

First, we need to understand our objectives: we want Afghanistan to be a democratic nation with some level of power-sharing that will have to include representation from the Taliban; basic human rights for women and girls; expulsion of terrorist groups; disengagement with Pakistani intelligence; and drive reductions in narcotics production. We should recognize there will be a certain level of corruption, leakage across borders, and some degree of ongoing narcotic activity. Afghanistan is not going to become Switzerland, and some things will be flawed. But avoiding a precipitous “helicopters lifting off from Embassy roofs” as our failure in Vietnam ignominiously ended is within our grasp—if we understand what we are seeking to accomplish, and modulate our expectations.

Second, in order to push the negotiations forward, we must show the Taliban that a credible NATO force will remain. It should include combat air-to-ground capability, strong special forces, intelligence production and dissemination, and a motivated training mission. To do that will require the current force level of 10,000 troops, including 5,000 from the U.S. The Biden administration should strongly consider reinstating that very minimal troop level, and state clearly that until the Taliban lives up to a cease-fire agreement for at least 180 days there will be no further troop withdrawals.

A third element would be retaining Trump-appointed Ambassador Zal Kalizad as the envoy for Afghanistan. An Afghan-American diplomat who speaks the local languages and was our Ambassador there, Zal (with whom I am friendly) is indispensable to the process at this point. He is indefatigable, and much of the progress to date is a result of his tireless shuttling between Doha and Kabul. Every new administration looks askance at the appointees of the previous one, but keeping Zal at his difficult task makes sense.

Finally, the Biden team would be wise to push the international community for a long-term financial commitment to Afghanistan. These funds should, of course, be closely monitored to prevent corruption (a constant challenge) and they must be be sufficient to maintain the capability of the Afghan security forces. It is worth recalling that South Vietnam fully collapsed not when the American military pulled most of the troops, but rather when Congress abruptly cut off funding several years later.

People said to me often during my time in command that “Afghanistan is the graveyard of empires.” Perhaps. But we are not seeking an empire in Afghanistan, and never have. We went after 9/11 to destroy an al-Qaeda sanctuary, something in which we have largely succeeded. Yet the embers are still on the ground, and a minimal fire watch still makes sense.

These days, it is popular to say that twenty years is too long, and that we should just leave Afghanistan to the Afghans. Such a view is understandable, but this moment—with relatively few troops in country, infrequent casualties, and reasonable financial burden-sharing by the international community—is not the time to suddenly pull out.

Keep the negotiations alive, retain a modest level of military pressure, and keep the financial lifeline in place: we can still achieve a modest but important success in this most challenging of places. 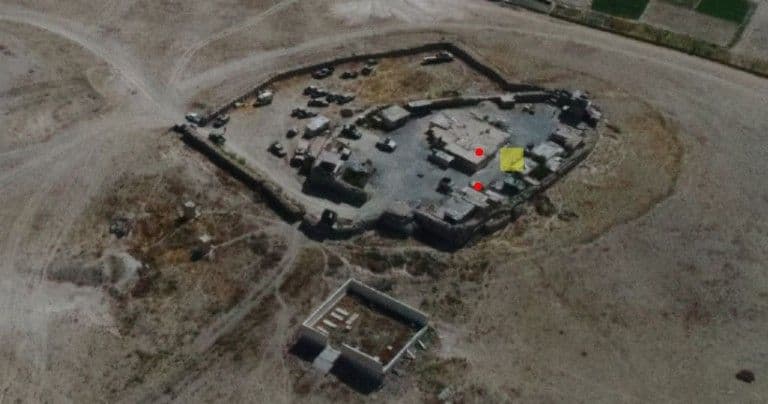 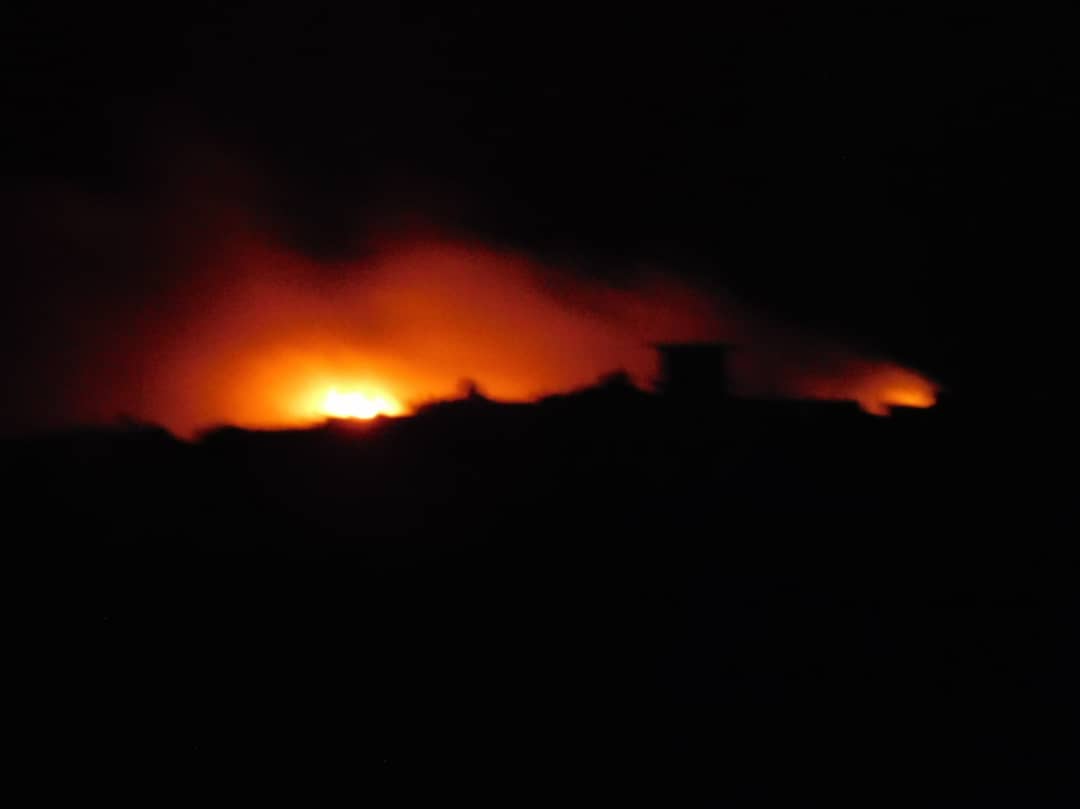 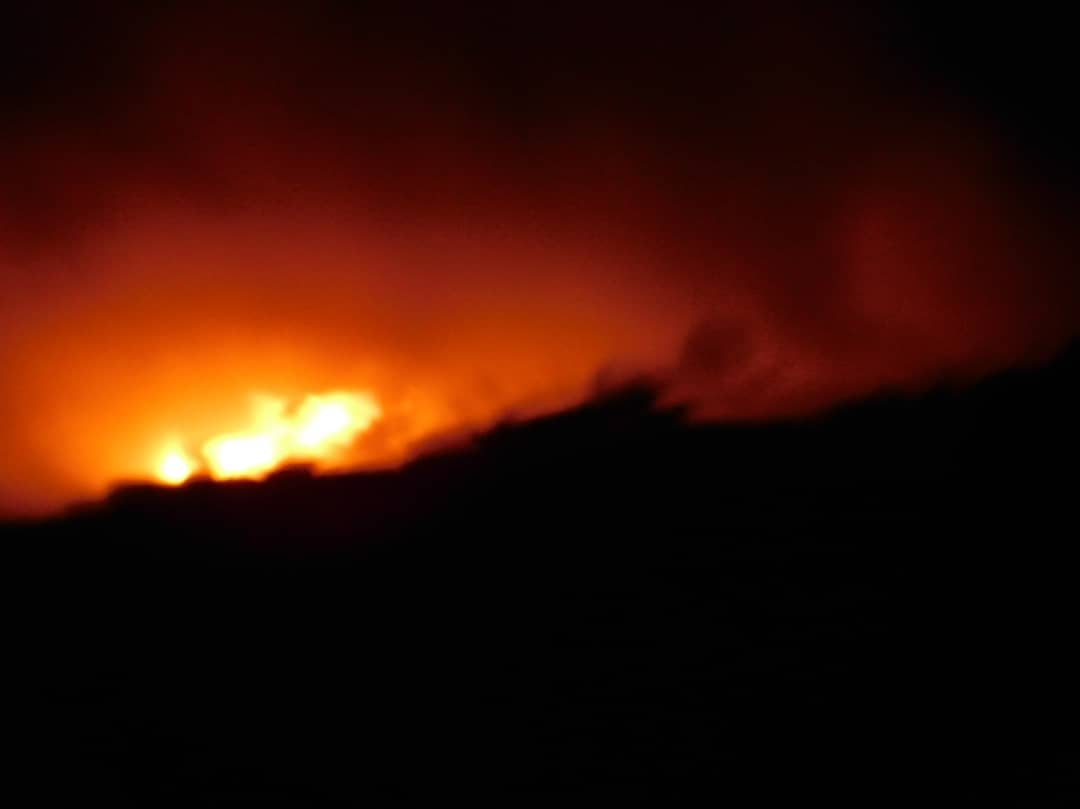 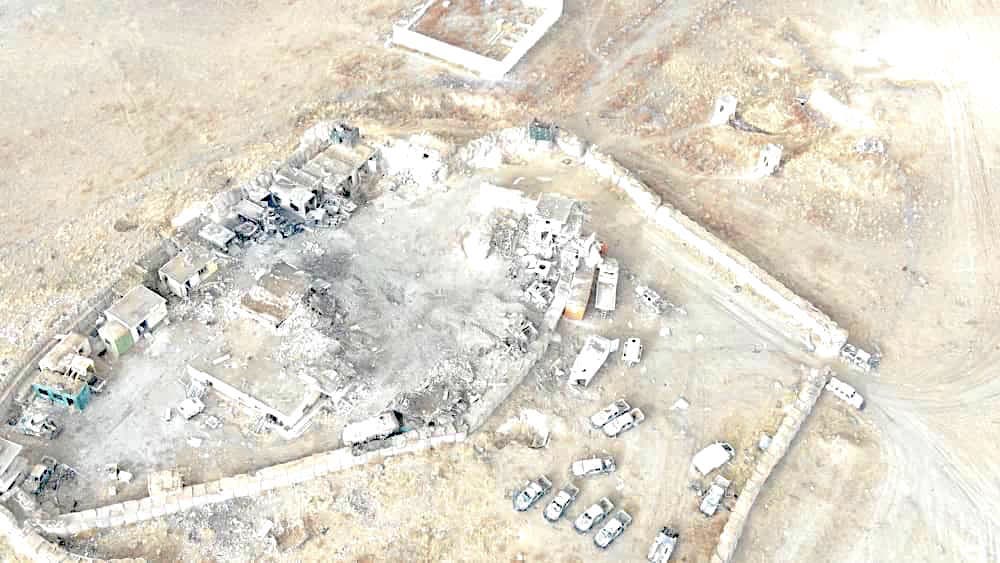 The practice is called bacha bazi, literally “boy play,” and American soldiers and Marines have been instructed not to intervene — in some cases, not even when their Afghan allies have abused boys on military bases, according to interviews and court records.