The Israel Defense Forces launched an investigation after one of its tanks opened fire at a Hamas observation post on Saturday night without permission, apparently in response to a rocket attack from the Gaza Strip earlier in the evening.

Just after 9:30 p.m., terrorists in the Strip fired a rocket at southern Israel, striking an empty warehouse and causing damage to the structure but no direct injuries.

Shortly after the attack, Palestinian media reported that an IDF tank had opened fire at a Hamas position on the northern border of the Gaza Strip. Residents of southern Israel also reported hearing the sound of tank fire near the border. The military initially denied the reports, saying it was unaware of such an attack.

On Sunday morning, however, the IDF confirmed that a tank had shelled a Hamas position on the border without having received permission to do so. The military launched a probe into the matter, an IDF spokesperson said.

In addition, the military said it was investigating why the Iron Dome missile defense system did not intercept the rocket that was heading toward a populated area, albeit one that was empty at the time.

IDF policy limits the firing of interceptor missiles to incidents in which projectiles are calculated to be heading for populated areas where they could cause injury or damage. Rockets headed for open fields are not generally shot down.

In response to the rocket attack from the Gaza Strip, Israeli fighter jets and helicopters carried out airstrikes on Hamas military installations in the enclave in the predawn hours of Sunday morning, the army said.

There were no immediate reports of Palestinian casualties.

No terror group in Gaza immediately took responsibility for the attack. The IDF said it held Hamas, which rules the Strip, responsible for the rocket fire.

Though Israel is involved in ongoing talks with Hamas regarding a long-term ceasefire agreement, recent weeks have seen an uptick in violence emanating from Gaza.

The Hamas terror group sent messages to Israel that claimed the rockets were fired accidentally, set off by lightning during a thunderstorm, an explanation that the IDF has apparently accepted. 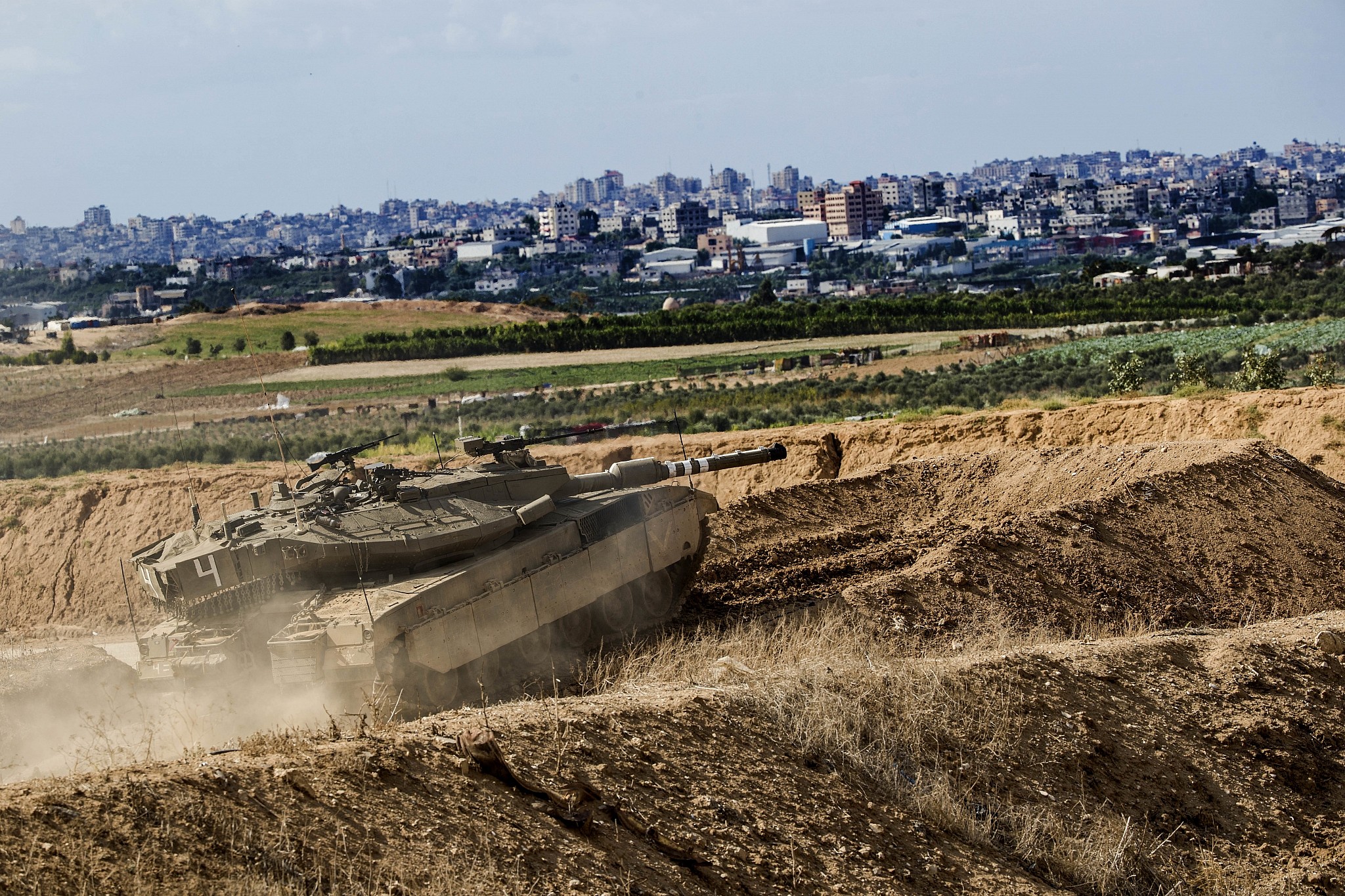 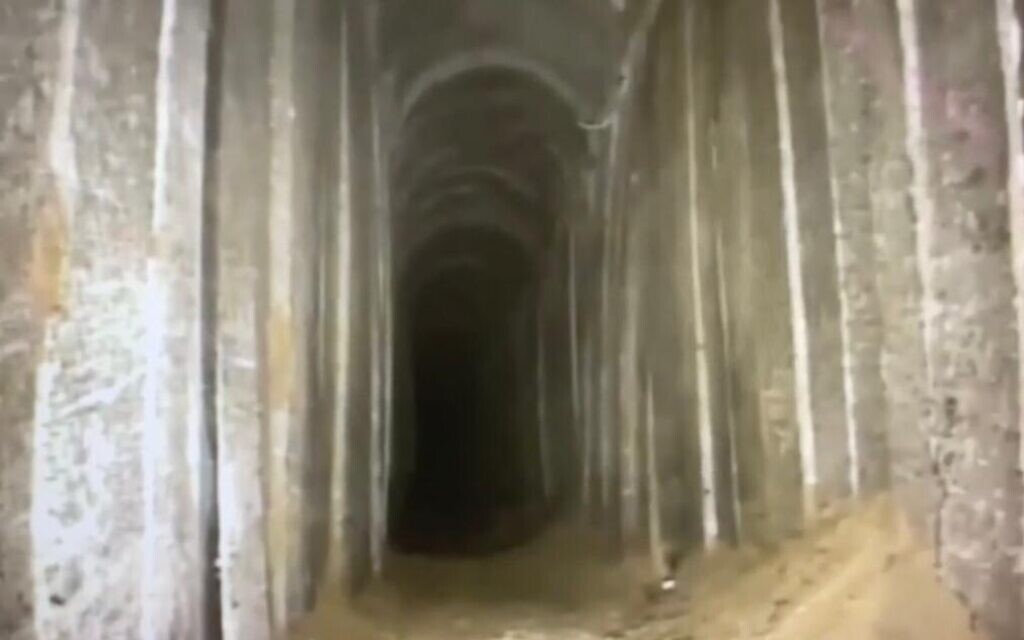 Latest tunnel was Hamas’s deepest; it’s not what worries Israel most about Gaza
Нагоре 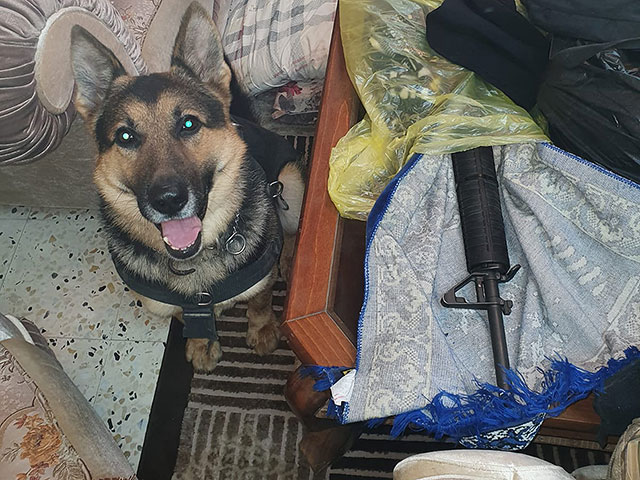 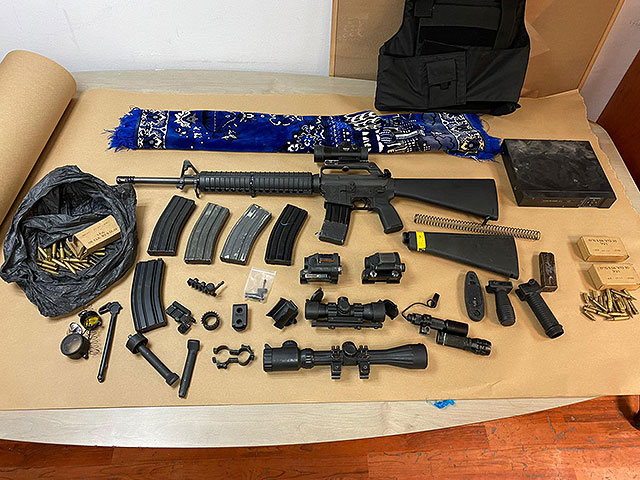 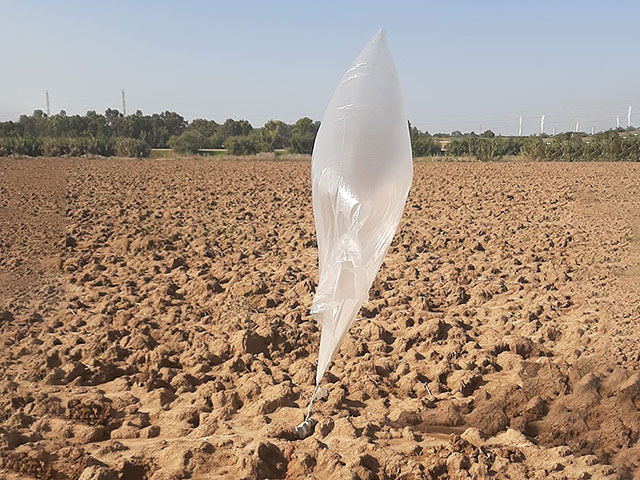 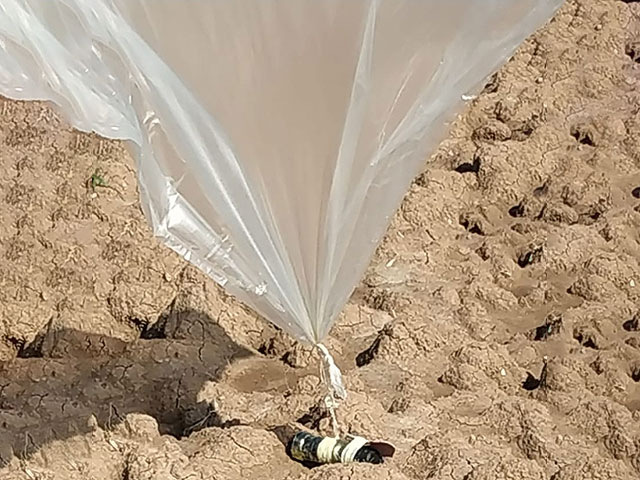 Right-wing politicians may bypass the government and turn instead to the Knesset in their quest to legalize West Bank outposts.
Community Affairs Minister Tzachi Hanegbi had hoped to submit a text for a decision on the matter to the government for debate and for approval at its meeting this week.

A new report says at least 40 European Parliament's lawmakers from 14 member states signed a petition demanding that products from Israeli settlements be banned by the bloc.

According to Palestine embassy in Brussel, the petition calls for the application of European law and the World Trade Organization law to prevent Israeli settlements' products from entering into the EU’s markets.

BDS, anti-Israel movement promoting boycotts, divestments and sanctions against Israel praised the move and hoped for further measures against the occupying regime. Many European Union nations decided to only label imported Israeli products that are produced in settlements in the West Bank, East Jerusalem al-Quds and in the Golan Heights.

Palestinian experts say barring goods produced in illegal settlements from entering into the EU markets will serve as a heavy blow to Israel mainly because settlement goods are exported directly to European markets.

Boycotting of Israeli products around the world has been growing rapidly in recent years and caused heavy losses to Israeli companies. Thousands of volunteers, trade unions, NGOs, academic and business societies, as well as cultural figures worldwide have joined the boycott campaign to help promote the Palestinian cause.

Most European countries do not deal with settlement products in the same way as Israeli products. They do not label them as being produced in Israel. But the most important for the Palestinians would be when the EU prohibits import and sale of goods, services and natural resources originating from illegal Israeli settlements. 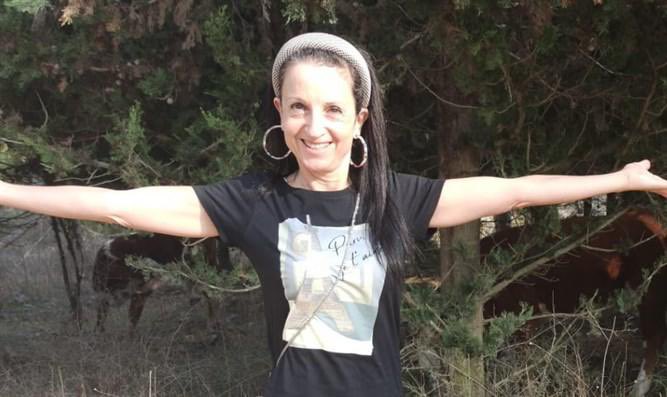 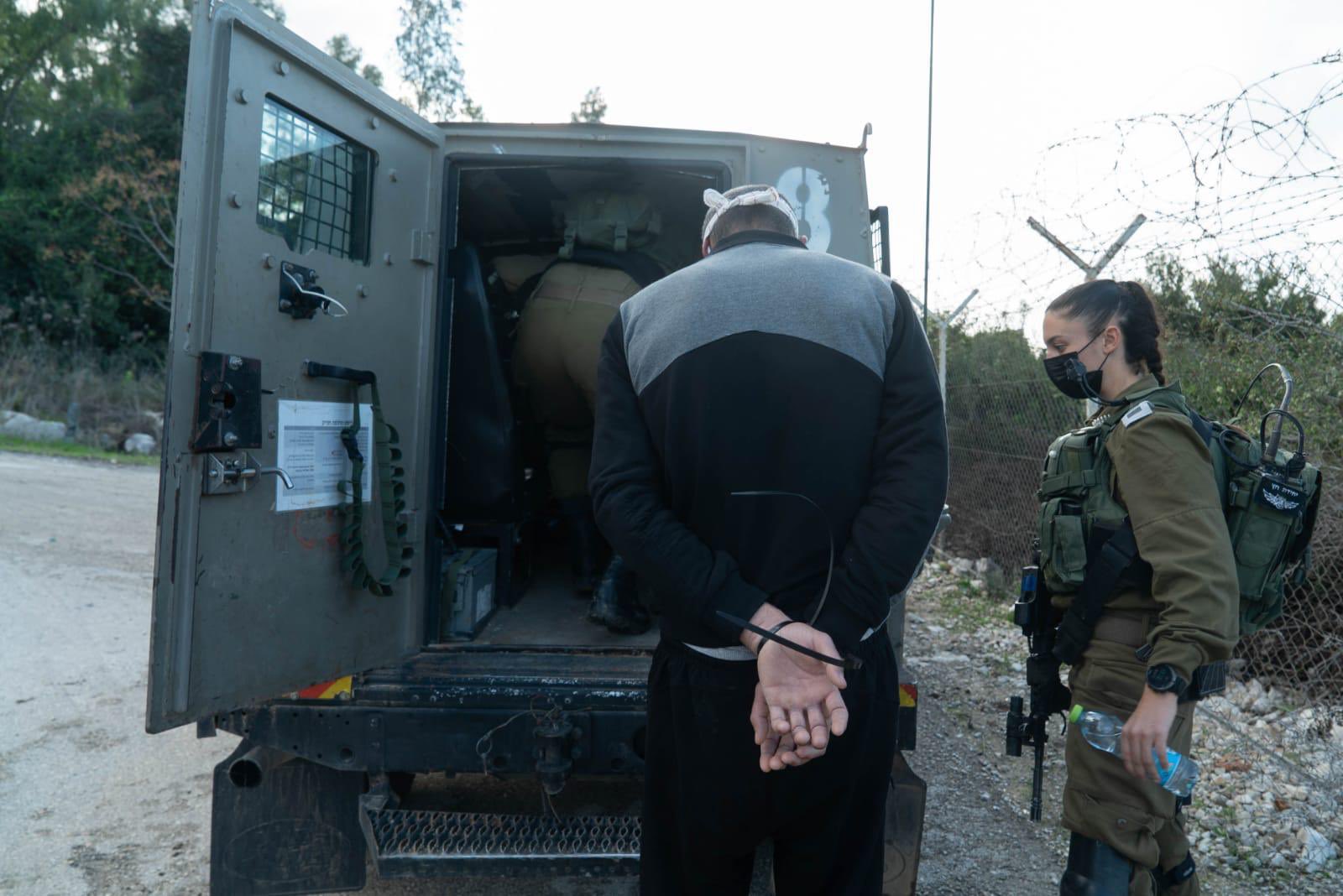 After six years of quiet diplomacy as the U.N.’s Middle East envoy, Nickolay Mladenov leaves his post to a chorus of praise from an unlikely choir.

JERUSALEM — Preventive diplomacy, by its nature, does not often lead to splashy headlines for the practitioner.

In his nearly six years as the top United Nations envoy to the Israeli-Palestinian conflict, Nickolay E. Mladenov worked quietly behind the scenes to help keep the Gaza Strip from boiling over, preserve the possibility of a two-state solution and build support for Israeli-Arab normalization as a vastly preferable alternative to the Israeli annexation of West Bank land.

But he did notch at least one achievement that qualifies as eye-catching: He earned the respect of just about everyone he dealt with, many of whom view one another as enemies.

“A very honest broker,” Rami Hamdallah, a former prime minister of the Palestinian Authority, called him.

“I personally depended on him,” said Moshe Kahlon, a former Israeli finance minister.

“We are proud to have known him,” said Khalil al-Hayya, the deputy Hamas leader in Gaza.

Mr. Mladenov, 48, whose last day on the job was Thursday, is returning to his native Bulgaria, having abruptly bowed out of another high-profile assignment, in Libya, to contend with what he described as a serious health problem.

In a two-hour exit interview, he recalled being surprised at how irrelevant he initially felt upon arriving in Jerusalem in 2015 as U.N. special coordinator for the Middle East peace process — a post created in 1999, when there still was a peace process.

His predecessors had by and large functioned as gadflies, experts said, firing off statements that tended to criticize Israel but seldom venturing from the sidelines. Israelis dismissed the U.N. — “Um” in Hebrew — with a tart “Um, shmum.”

In 2016, he wrangled the Middle East Quartet of mediators — the United States, Russia, the European Union and the United Nations — into issuing a groundbreaking report on concrete steps that, with little hope of a breakthrough, could at least preserve the possibility of a two-state solution.

Taking action in the absence of negotiations ran contrary to diplomatic doctrine at the time, which held that resuming peace talks was paramount and the way to solve everything.

“I don’t think that’s how it works,” Mr. Mladenov said. “You can have the best deal in the world,” but as long as Palestinians in the West Bank and Gaza are at odds, he said, “good luck with implementing it.”

Taking action in the absence of negotiations ran contrary to diplomatic doctrine at the time, which held that resuming peace talks was paramount and the way to solve everything.

“I don’t think that’s how it works,” Mr. Mladenov said. “You can have the best deal in the world,” but as long as Palestinians in the West Bank and Gaza are at odds, he said, “good luck with implementing it.”

“If you as the U.N. are not clear where you stand on these things, you can’t be credible,” he said. “And I suppose that being critical of both the Israelis and the Palestinians, where I felt that they’ve done things wrong, and welcoming them when they’ve done things right — I think that’s a novelty in this frozen conflict.”

He also quietly got things done.

In Gaza, a territory perennially on the brink of another war, he made it his mission to avoid one.

In 2018, the Palestinian Authority, which controls the West Bank, was trying to strangle its archrival Hamas, which controls Gaza, into submission by withholding money for Gaza’s power plant and slashing its Gaza payroll. Gaza’s economy was on the verge of collapse. Then came waves of violence between Gaza and Israel — border killings, arson balloons and rockets.

Yet with Egypt mediating, Mr. Mladenov did an end-run around the Palestinian Authority, arranging for the Qataris to supply vital financing to keep the lights on and money flowing in Gaza — while keeping Israel and Hamas more or less on the same page.

Nimrod Novik, a veteran Israeli peace negotiator, said that Mr. Mladenov saw how to frame his arguments in terms of each party’s interests. “You can say to the Israelis, ‘Look, life in Gaza is so miserable,’” Mr. Novik said. “Or you can say, ‘Gaza’s about to explode in your face, but if we do one-two-three we can gain quite a few months of tranquillity, so help me help you.’”

Mr. Mladenov said he feared that another Gaza war would have let the world revert to its “usual talking points about this place,” doomed any hope of peace talks, left a “Somalia on Israel’s doorstep,” drawn condemnation of Israel from across the Arab world and deterred donor countries from paying to rebuild Gaza the way they did after the 2014 war.

It would have been much easier to “sit on the sidelines and preach,” he said, but “preaching never gets you anywhere.”

“I come from the Balkans,” he said. “We’ve changed borders. We’ve fought over holy places, languages, churches. We’ve exchanged populations, for 100 years, if not more. And when you carry that baggage, it does help you see things a bit differently. This is not a conflict where you can come in and just draw a line. It’s emotional.”

“I know from my own experience that when the quote-unquote foreigners come and tell you what to do, you just shut them off. You’re like, ‘Thank you very much,’” he added. “You can’t preach to these guys. Remember, they’ve been it at it for half a century.”

Last spring, insiders say, Mr. Mladenov was among the first officials to conclude that no deterrent would stop Prime Minister Benjamin Netanyahu of Israel from making good on his promises to annex West Bank territory, but that it might be possible to induce him to drop annexation for a bigger prize: normalization with Arab states that had long shunned Israel.

The annexation plan “was gaining momentum,” he said. “And were it to happen, it would be terrible for Israel.” Forget about another Gaza cease-fire, he said. Imagine the worldwide condemnation.

He did not claim credit for the deals Israel struck. But he worked to build a constituency for the idea of using normalization as a carrot to reward Israel for dropping annexation.

“There were some people who were very much caught off guard by this,” said Jared Kushner, President Trump’s son-in-law, who headed the White House Middle East team. “He saw what we were doing. We confided in him, and he would give us constructive feedback.”

The Palestinians saw those deals as a catastrophic betrayal, but Mr. Mladenov argued that normalization would prove beneficial for them, too.

“OK, now it’s very emotional, the Palestinians are super angry,” he said. “But put away those emotions and think: Who’s most effective when they try to push Israel to do certain things? Egypt and Jordan. If four, six or 10 Arab countries have embassies in Tel Aviv, you’d want them to be on your side, right?”

“You now have a treaty,” he added. “That’s a big thing. Neither Israel nor the Arab countries will want to ruin it. That gives certain countries leverage in Israel. If you’re the Palestinians, you’ll really want to explain to your Arab brothers and friends what your positions are, and bring them back to the table on your side of the conversation.”

Mr. Mladenov was no fan of the Trump peace plan. But he said that the changes underway were creating exciting possibilities for his successor as U.N. envoy, the Norwegian diplomat Tor Wennesland.

“It’s a different world,” Mr. Mladenov said. “And you know, for all its faults, it might actually be a better one.”

अंशुल शुक्ला
@anshukla1989url
·
2 ч
В отговор на
@IDF
Dear IDF
Hit these bastards so hard that they should remember till their death.
Love and care for Israeli from India.