The attacker attempted to throw a knife, and in response the officer responded with fire and neutralized the suspect.

“During the shooting, two Palestinians violently attacked the commander of the soldiers – one of them forcefully pulled him, and the other grabbed his weapon. That caused an unintended fire that hit one of the rioters.

Human rights organization B’Tselem said that “53 years of occupation gave the IDF Spokesperson’s Unit the skills to justify killing and injuring of every Palestinian – whether he held a generator, played in his backyard, or got shot in his back.” 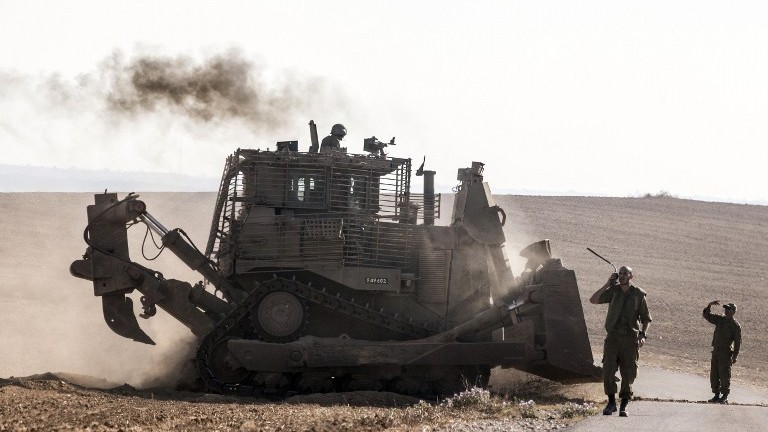 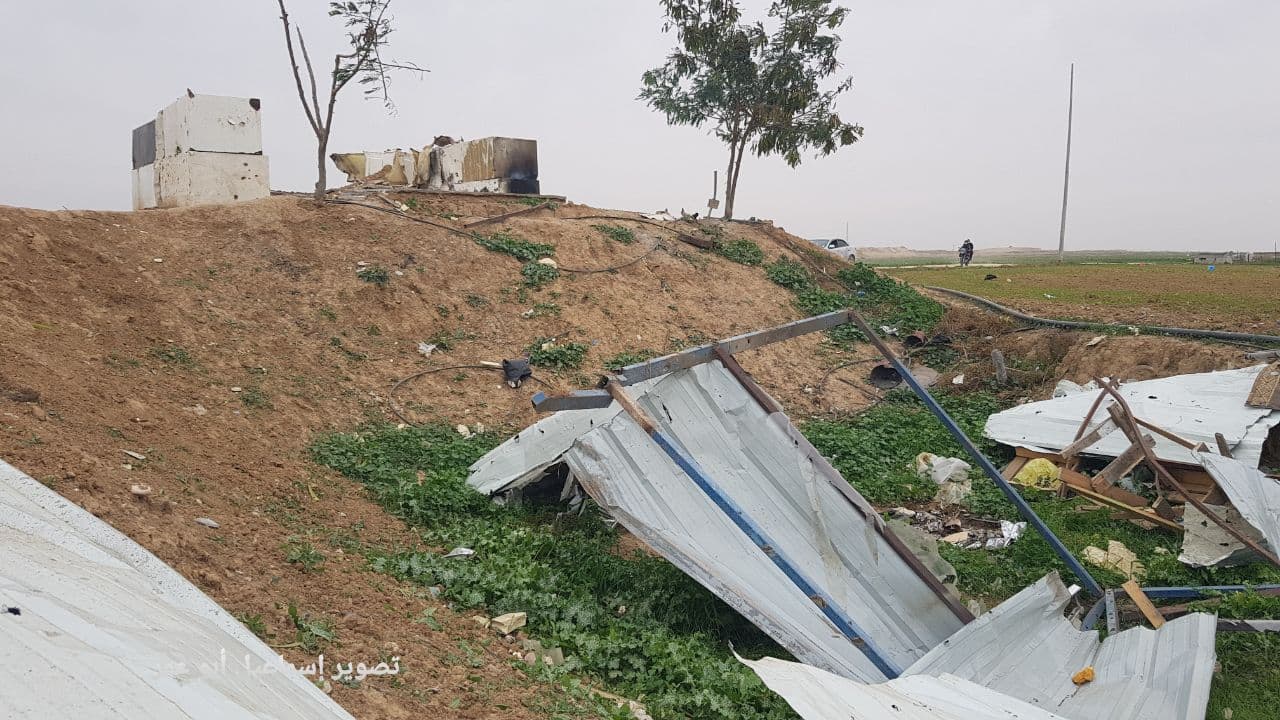 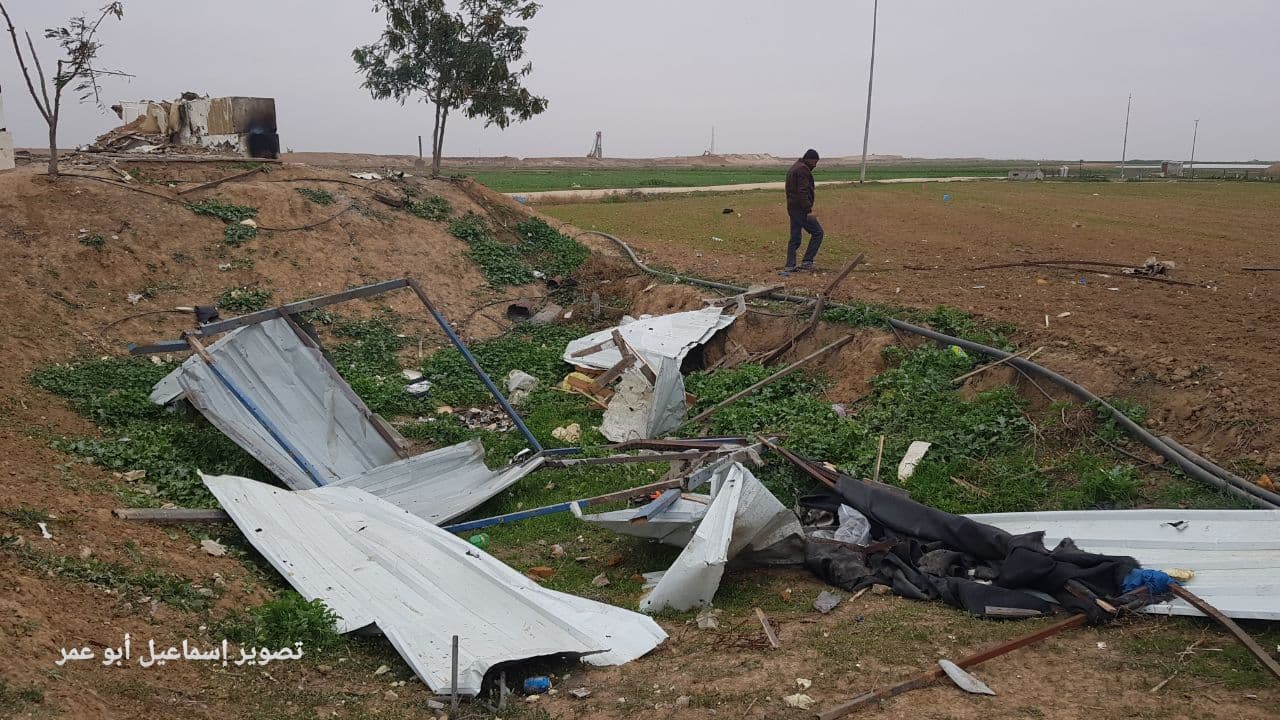 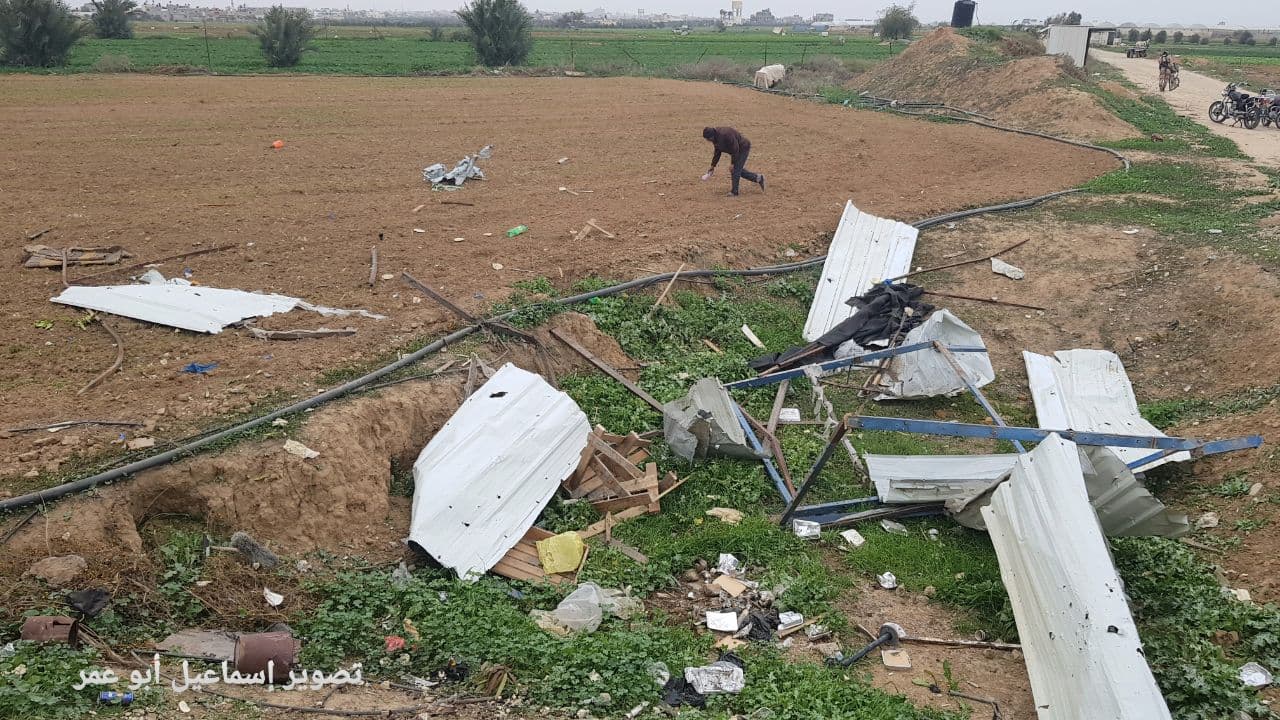 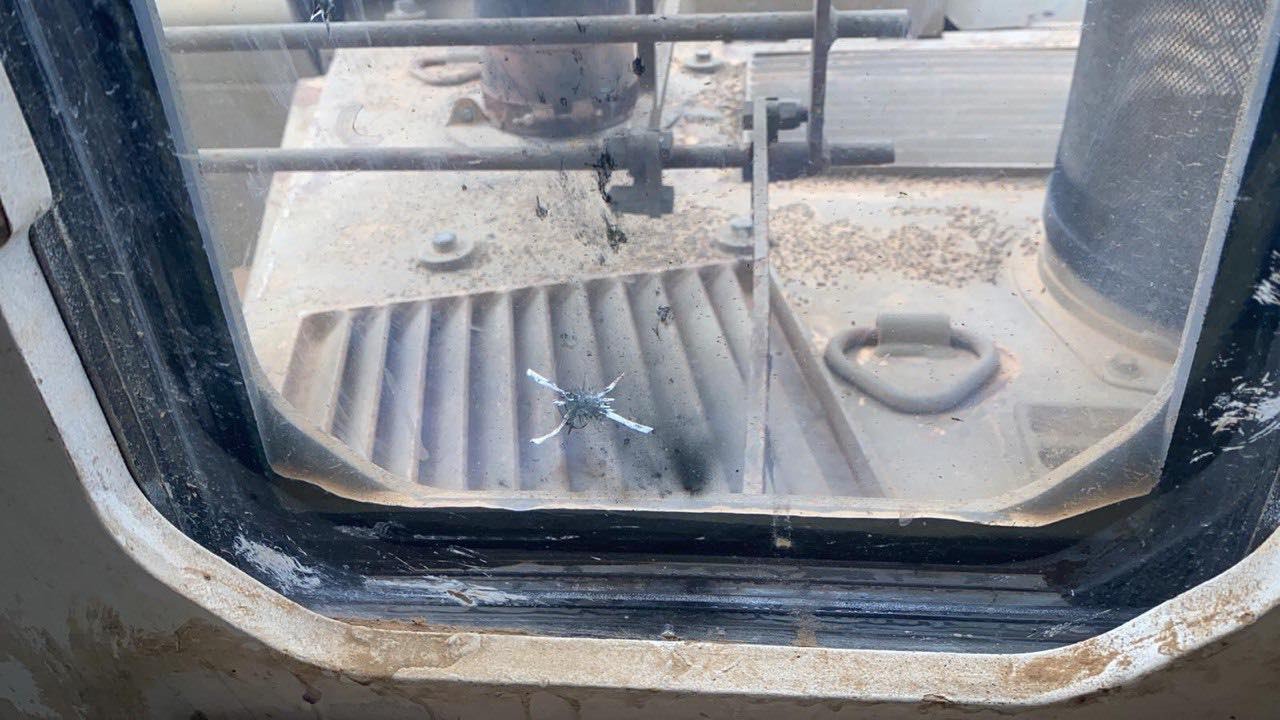 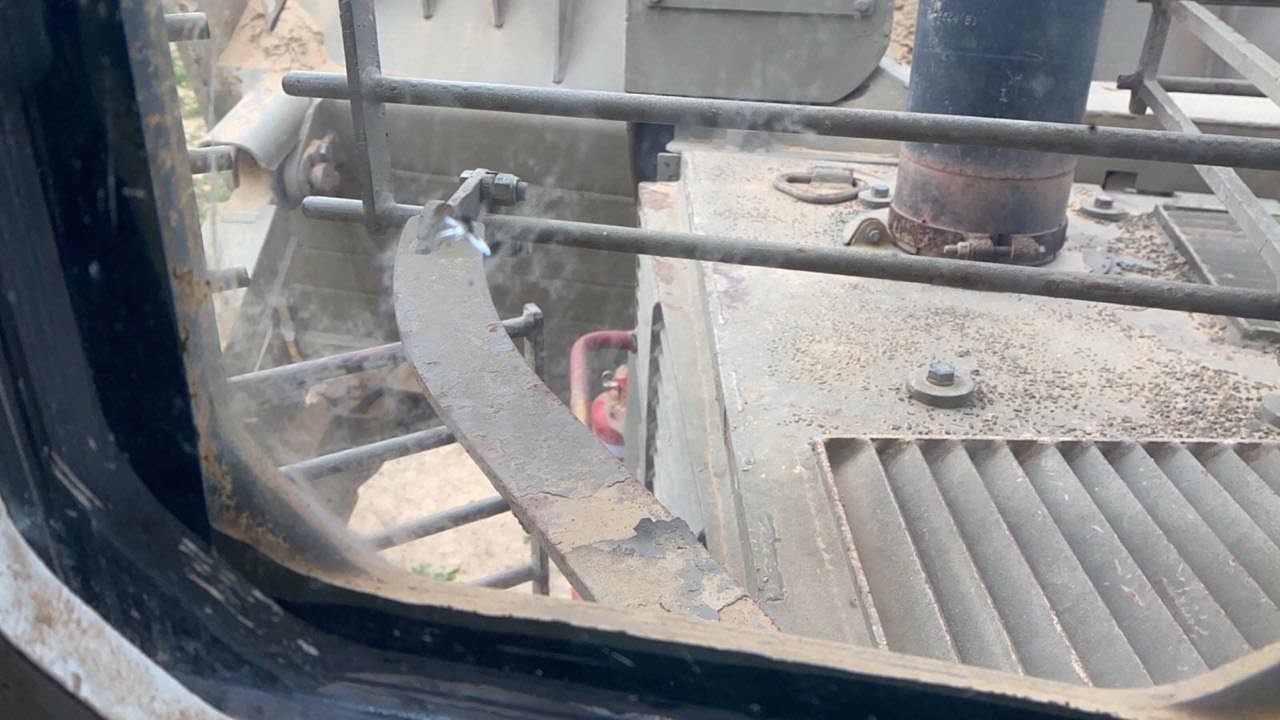 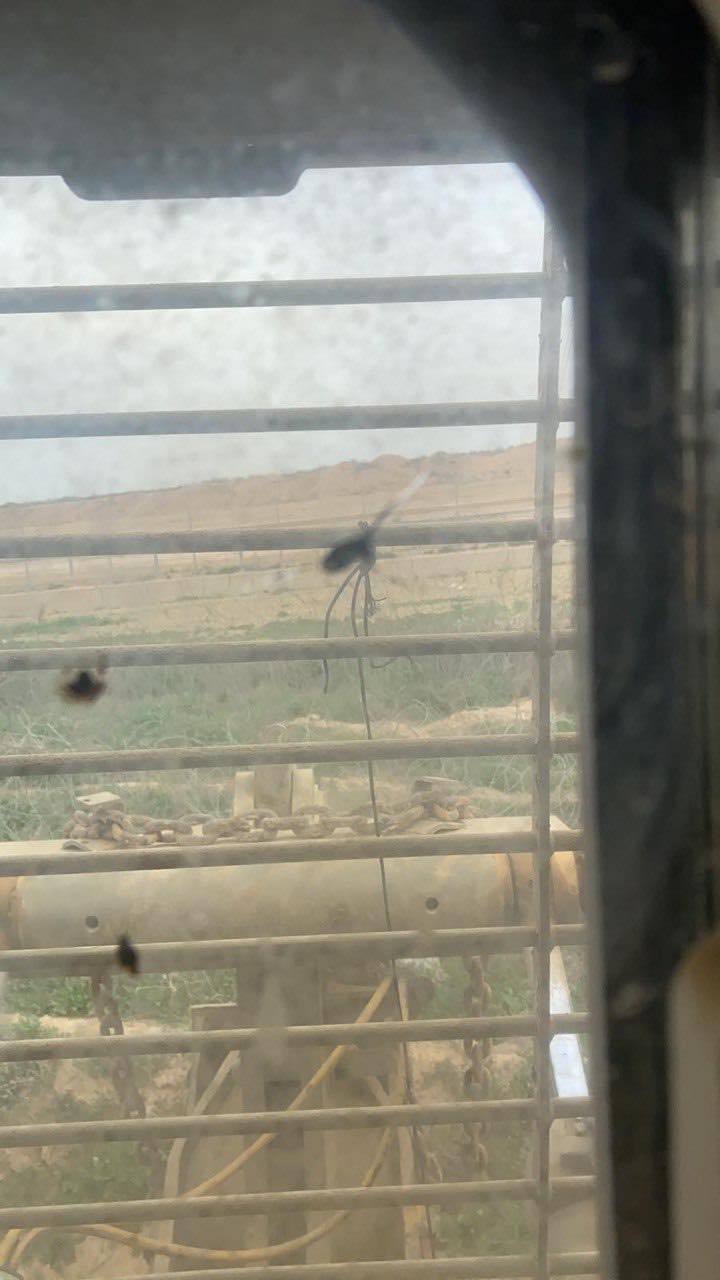 Just to confirm that my findings were not arbitrary, I searched the terms “Tibet” and “Palestine.” For the former, 224 documents came up; for “Palestine,” over 20,000.

Haaretz published their investigative report detailing the Israel has a secret Defense Ministry department which is assigned the task of making Nakba archives disappear.

The department searches archives for sensitive information concerning Israel’s secret nuclear program. However, it becomes clear that the department has treated information about the 1948 ethnic cleansing of Palestine (and also later expulsions) as a strategic threat. Thus, archives that had already been approved for declassification by the censor, already open and already cited, have been put into vaults again by order of these officials.

In a June 30, 1948 document called “The Emigration of the Arabs of Palestine”, the Israeli military Intelligence Service listing the reasons for the Palestinian flight. Eleven reasons are listed in order of importance, the top three of them being:

2. The effect of our [Haganah/IDF] hostile operations against nearby [Arab] settlements… (… especially the fall of large neighbouring centers).

In confirming that these had been the major and overwhelming reasons for the Palestinian flight, the document confirmed that the Palestinians mostly fled out of direct fear and due to direct hostilities, and not, as the Israeli propaganda version went, because “Arab leaders told them to”.

The document goes on to describe in minute detail the depopulation of 219 villages and 4 cities, 239,000 Palestinians. The campaign of ethnic cleansing was in full gear, and within half a year would involve the depopulation of over 500 villages and towns and about 750,000 Palestinians. The document fills 29 pages and is chillingly meticulous. It lists the number of residents in each locality “during normal times”, very precisely (examples: “Salihiyya – 1520”; “Mansura – 360”), and then lists the reason for the depopulation (examples: “Ein Zaytoun – destruction of village by us”; Qabba’a – our attack on them”). Mostly the trajectory of flight is listed (for example with Qabba’a – “Lebanon”).

This particular document was declassified by a mistake. Indicating that there are many more that are kept secret as part of Zionist denial of the Nakba.

This is the inherent Israeli-Zionist moral insecurity, stemming from the knowledge that the Zionist project is based in its very existence upon the uprooting of others. There is a deep knowledge inside every Zionist: security can never be achieved if the grievance of the (ongoing) ethnic cleansing is not rectified. Instead of facing it, Israel applies denial, in hope that it will go away. But it will not. 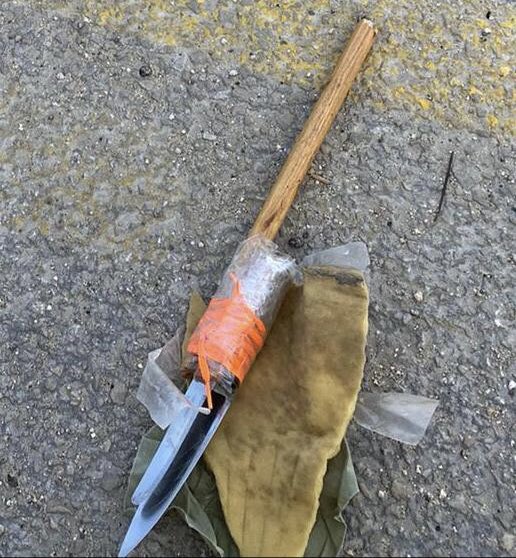 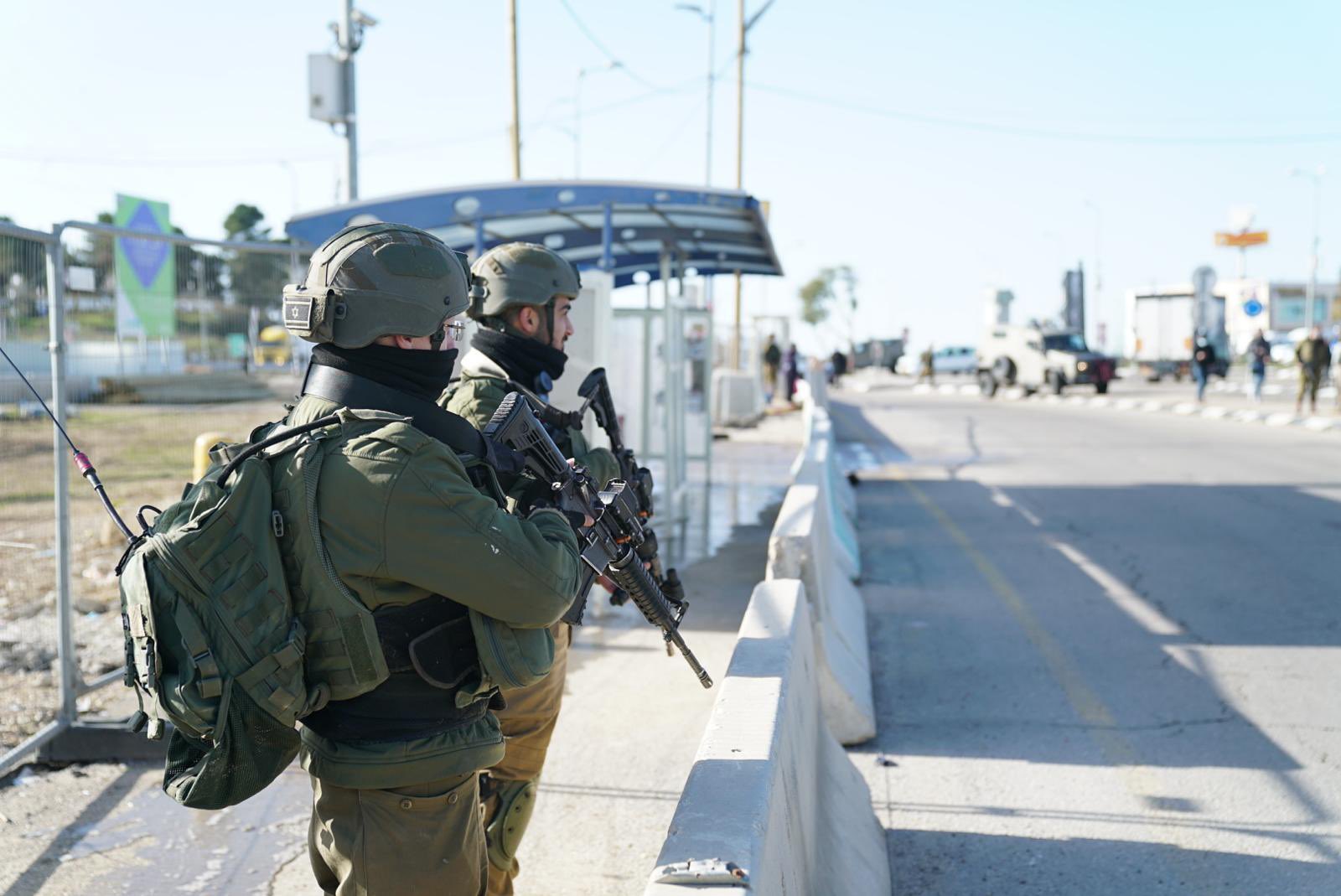 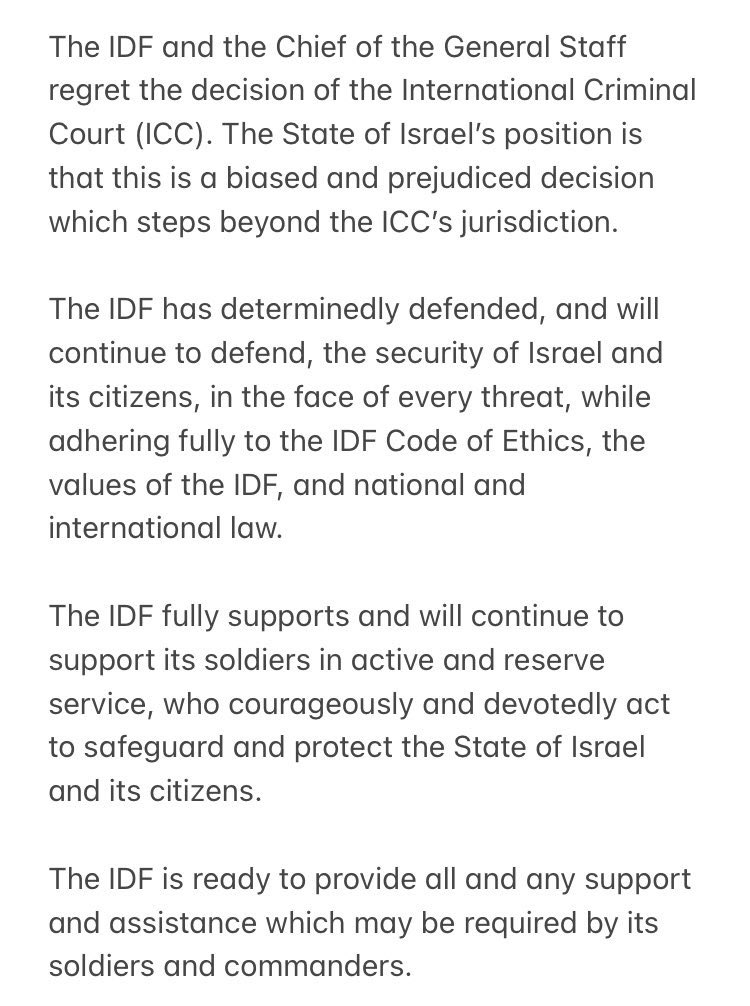 General Orders to consolidate the occupation
Military Order No. 1650 (2009): Order regarding Prevention of Infiltration (Amendment No. 2). This law modifies the definition of "infiltrator" in Military Order No. 329, and allows the IDF to arrest and imprison for seven years if the person "infiltrated" unlawful and for three years if lawful, but without a permit. An "infiltrator" is any person present in the West Bank without the appropriate permit, even if born in the West Bank or lawfully moved to it, for instance from Gaza or from abroad before a permit was required. Deportation of an "infiltrator" is considered an arrest. This broadened definition will allow thousands of Palestinians to be deported without a trial and without judicial review. Opposition to this law was voiced by the South African government (comparing it to pass laws of their apartheid), Richard Falk of the United Nations, The Euro-Mediterranean Human Rights Network, as well as Amnesty International.[7][8][9]
Military Order No. 329 (1969): Order Regarding Prevention of Infiltration. Defined "infiltrators" as “a person who entered the Area knowingly and unlawfully after having been present (on) the east bank of the Jordan, Syria, Egypt or Lebanon following the effective date”. The main purpose of the order was to prevent Palestinian refugees from returning to their homes, as well as Palestinian armed groups from entering the territory.[7] See Israeli military order 1650 above.
Military Order No. 947 (1981): This order created the Israeli Civil Administration in the West Bank. The head of the Civil Administration is appointed by the Commander of the IDF. It grants the Head of the Civil Administration the authority to draw up subsidiary legislation.[10] Its purpose, as stated in Section 2 of the Order, is to “administer the civilian affairs in the region in accordance with the directives of this Order, for the well-being and good of the population, and in order to supply and implement the public services and taking into consideration the need to maintain an orderly administration and public order in the region”.[11] All powers held by this Head of the Civilian Administration are ones delegated to him by the Area Commander, who can take away or grant power at their discretion. Although the chosen leader of the Civilian administration is someone of unspecified nationality, the headquarters is situated at Beit El, a restricted zone to which only Palestinians summoned or able to schedule an appointment could enter.
Military Order No. 34 (1967): Order Regarding Closed Territories (Amendment). ″The territory of the West Bank is hereby declared a closed territory.″ 8 July 1967[12]
Military Order No. 1 (1967): Declares the Gaza Strip and West Bank closed military areas.[13] A similar order was issued on 14 June 1967 for the occupied Golan Heights.[14]
Land
Orders regarding the seizure of land has always been one of the most important means in the maintenance of the occupation. Initially, they were mainly issued for military reasons. Over the years, more and more land was seized for the establishment of settlements.

Order No. 59 "Order Concerning State Property (Judea & Samaria)" (1967) established the 'Custodian of Government Property' to take control of land owned by the Jordanian Government (occupied in 1967). It also established the 'Custodian of Absentee Property' to appropriate land from individuals or groups by declaring it 'Public Land' or 'State Land'.[15]
In January 2009, the IDF issued four Military Orders (No. 484 to 487) to evacuate lands of Nahalin, southwest of Bethlehem under the pretext that the targeted locations are 'State Land'. In the previous 4 years, the military already confiscated Nahalin lands by 25 different Orders, labeling them 'State Land'. Most of the land was in Area C, where Israeli settlers already occupied land of Nahalin since 1967.[15]
West Bank barrier
In 2000, Israel started the construction of the West Bank barrier, about 80% of which on Palestinian land. The Palestinian lands were seized by numerous Military Orders. Often the Wall runs across villages dividing them in separate parts. For example, in Al Jib[16] and Beit Hanina.[17] Many are cut off from their agriculture land, like Beit Ijza.[18] Not only land for the Barrier itself, but also the land between the Wall and the Green Line (the Seam Zone) are confiscated, usually under the pretext of security: 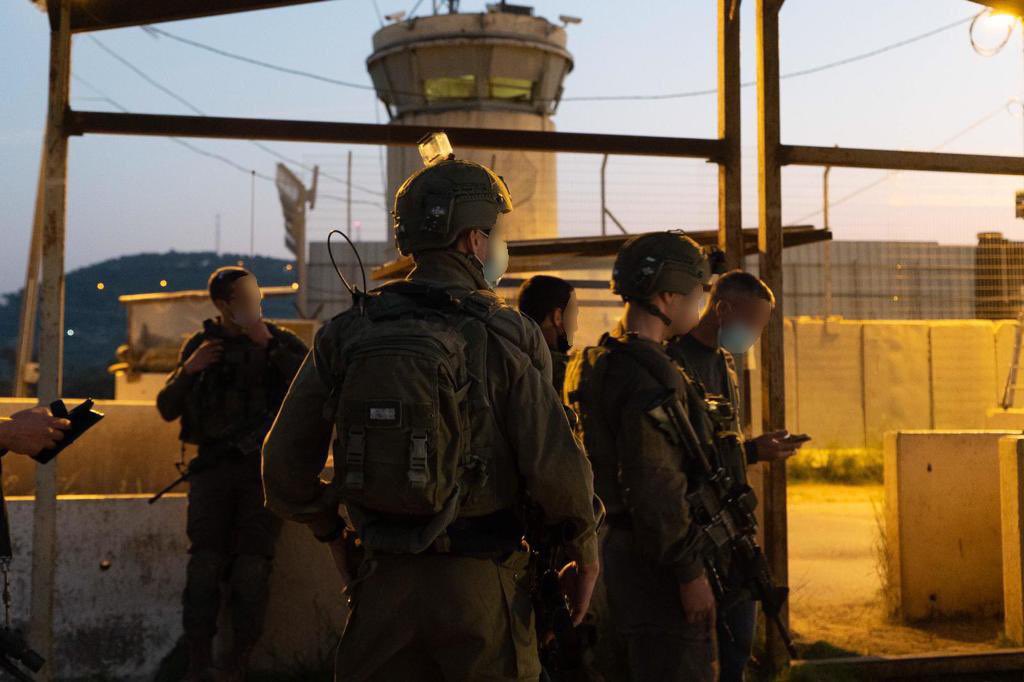 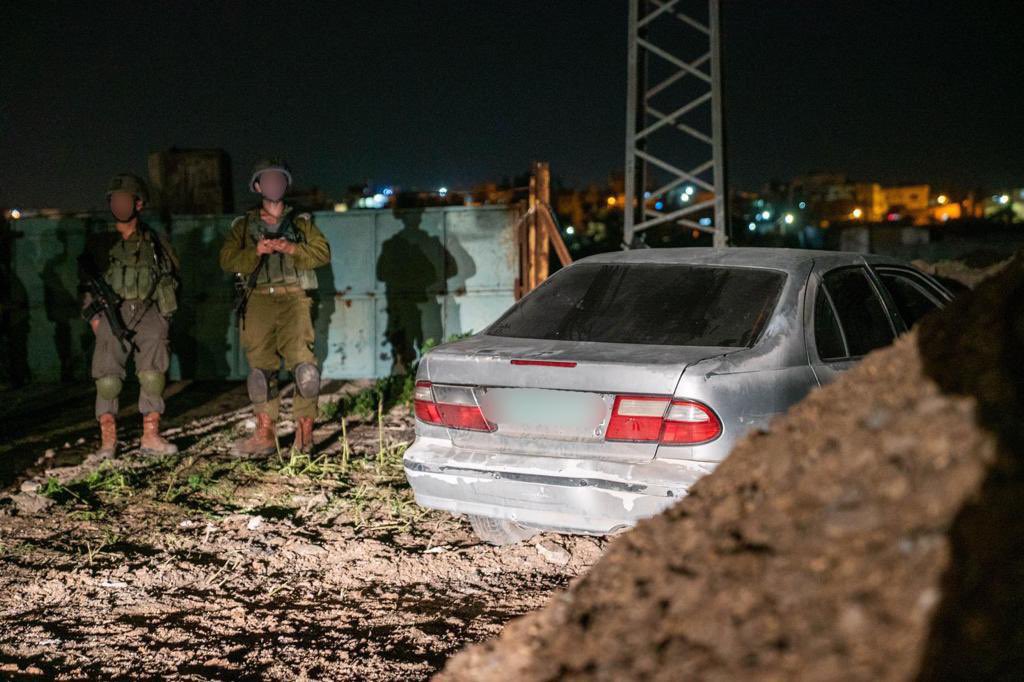 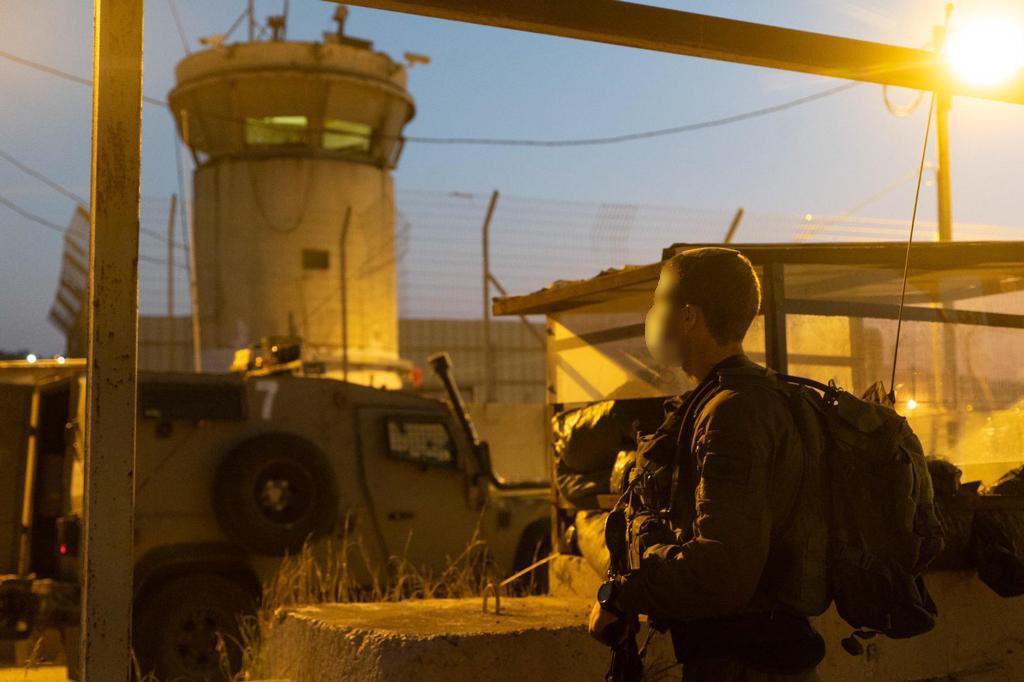 CLEARED FOR RELEASE: Working together with the ISA, we apprehended suspects who attempted to carry out a car-ramming & shooting attack against IDF troops west of Jenin last month.

We remain ready to operate against all attempted attacks.